In the past days March 16th to March 18th 2018 the Arsakeia Tositseia high schools of Ekali has participated in the AtsMun in Patras. A Mun is a simulation of the United Nations, they are often organized by schools and in the whole world with many of them takes place in Athens. Our school has participated in many Mun’s such as Ps Cgs and Ac but Ats is something different because it is organized by our own school.
The topic? Let the youth speak! So ladies and gentlemen let the youth speak. As our teacher, advisor and founder miss. Aspasia Kontogianni of the ATS mun is the responsibility of the elder’s that often are defined by the arrogance of knowledge.
The team of the A’ Arsakeio Lykio Ekalis exiled with Michel Androutsopoulos to be honorably mentioned for his performance in the Environmental committee representing the delegation of Indonesia and Christos Tsitisiridakis to be announced as the best delegate of the Security Council of the UN. 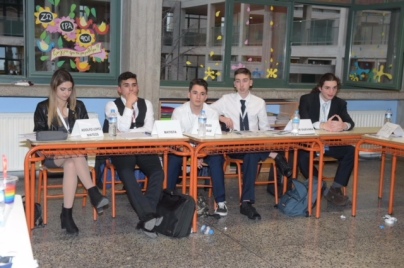